The 22nd of November Metrolab Studio will host a round table named "The role of third-places in the making of public spaces". This event is organised in the framework of the international symposium "Scaffolds – Open Encounters with Society, Art and architecture" that will take place from 22nd to 23rd of November 2018 in different places in Brussels. To know more check out the programme and the EPFL website.

The role of third-places in the making of public spaces

The sharing of space has always been an issue in the making of the city. The choice of separating the functions (working, living, moving, entertaining) or their combination in a single place is one of the central variables of the urban project. The recent proliferation of coworking spaces, fablabs, and temporary occupations through cultural or artistic activities brings new light to this debate. Neither completely public nor completely private, these are intermediate spaces that we call third places. These third places have the particularity of being collective spaces that favour individuation. They contribute to the development of artistic practices that can as well have an impact on the public space and the conviviality that settles there. The round table will question both the shared dimension of third places and the impact that activities developed there have on the public space. We consider three axes of thinking: the creation of places, the artistic and cultural trajectories, the urban design. The discussion will focus on the interventions of Pierre Pevée (SMart) on the Brussels Art Factory in Saint-Gilles and LaVallée in Molenbeek, Stéphane Damsin (Recyclart) on the reopening of the Recyclart art center on Manchester street and Petra Pferdmenges (Alive Architecture) on the Packdesign 2014 project, Parkfarm.

The round table will be introduced by Marine Declève (urbanist and art historian, PhD student Metrolab Brussels) and Anna Ternon (architect and urbanist, PhD student Metrolab Brussels), moderated by Chloé Salembier (anthropologist, LOCI-UCLouvain) and discussed by Bernard Declève (ir. architect and urbanist, Metrolab Brussels LOCI-UCLouvain). All four are associated to a collective research on the possibility for the commons, as spaces, collective subjects and action systems, to contribute to the recomposition of territorial structures.

This round table is organised by: 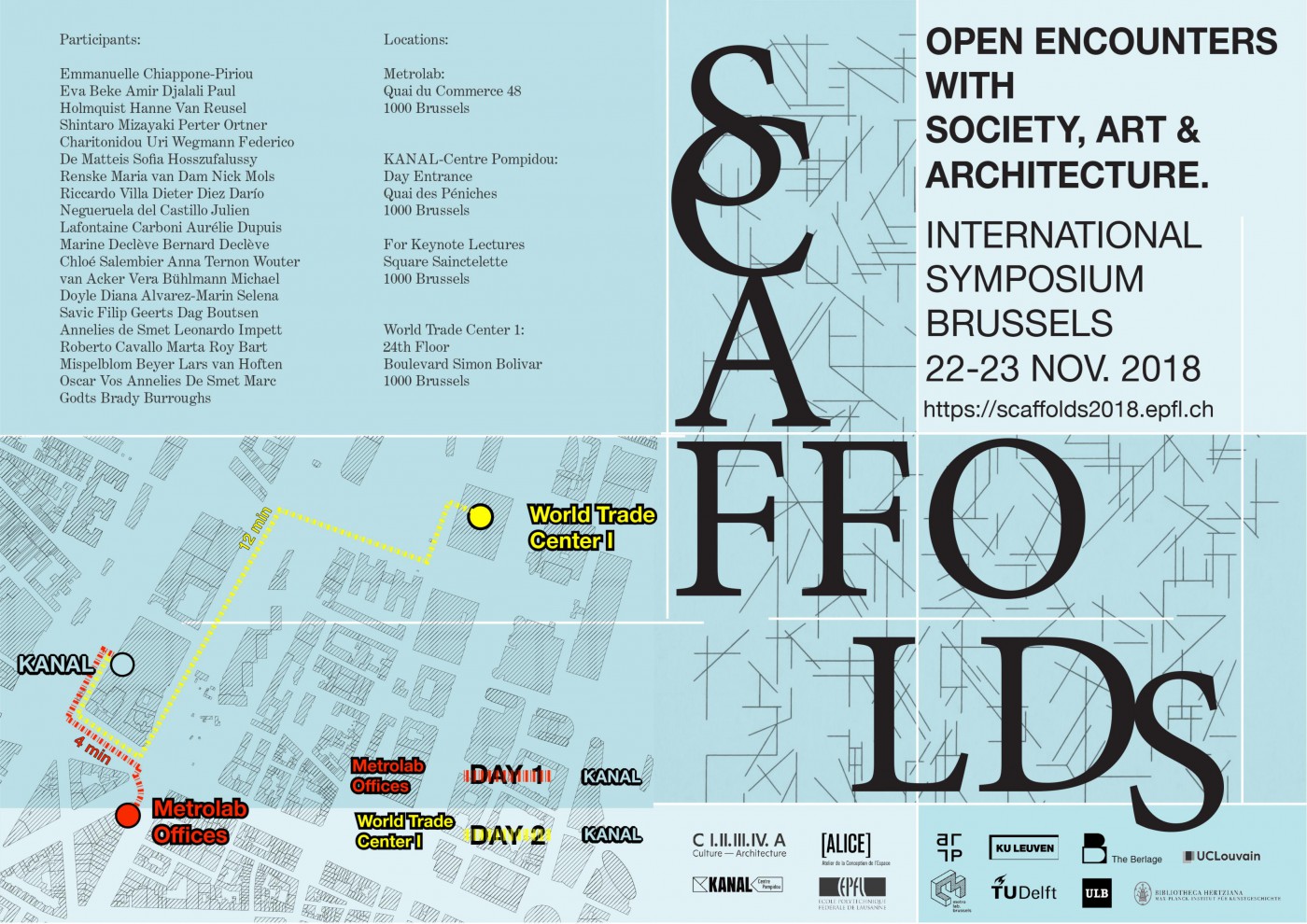