What is meant by urban production?

This polysemic term can mean at least two different things. First, in a very broad sense, it refers to the way in which urban forms are produced—whether on a daily basis or over the very long term—by social players who have access to highly contrasting resources, in relationships of solidarity and competition, domination and resistance, negotiation and conflict. While the city is a produced space, embodied in the morphology of built space, it is also a productive space, in which a series of factors and players all take part in the production and circulation of materials.

The detailed programme of the conference in available in French and in English.

The Masterclass "Urban production" is centred on a common goal: to better understand how the interactions between production in the city (productive activities in urban areas) and production of the city (the day-to-day making of the urban fabric and its functions/uses) are actually carried out in Brussels. In concrete terms, this will lead to questions about the diversity of urban productive activities, their organisation and spatialisation, the jobs they generate and their integration into the urban economy and urban morphology.

The MasterClass will also addresses the opportunities and constrains that urban location continues to offer for certain productive activities. Finally, the MasterClass will be an opportunity to question the cohabitation and/or conflicts between the productive activities and other urban functions, in a context of land pressure, transition of mobility and support for the extension of spaces dedicated to medium or luxury housing.

The guidebook we put together for the participants is available online to know more about what participants worked on.

Local stakeholders contributed to the event, you can hear their take on urban production in Brussels here

we are currently working on a publication on Urban Production, in the light of both the conference and the MasterClass . 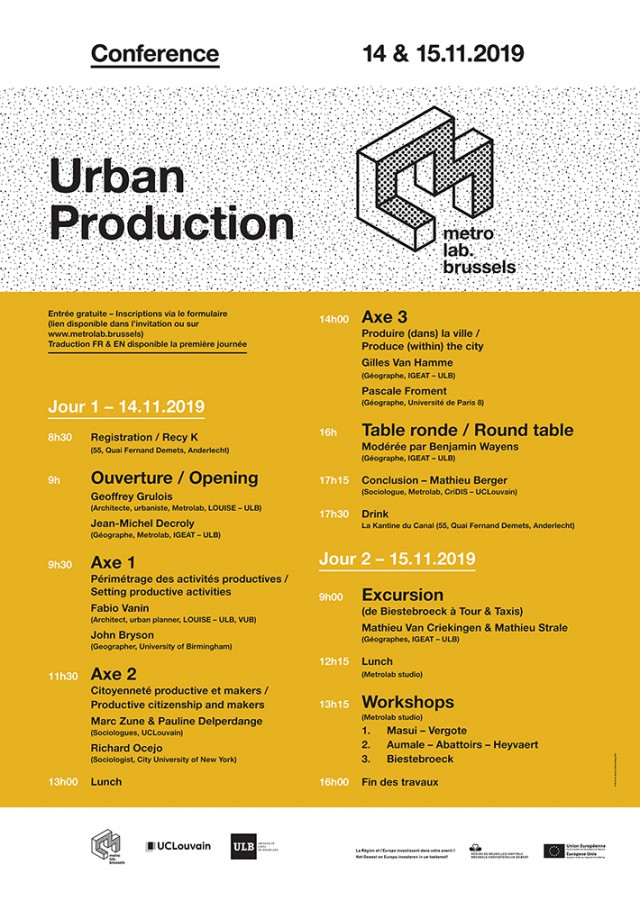 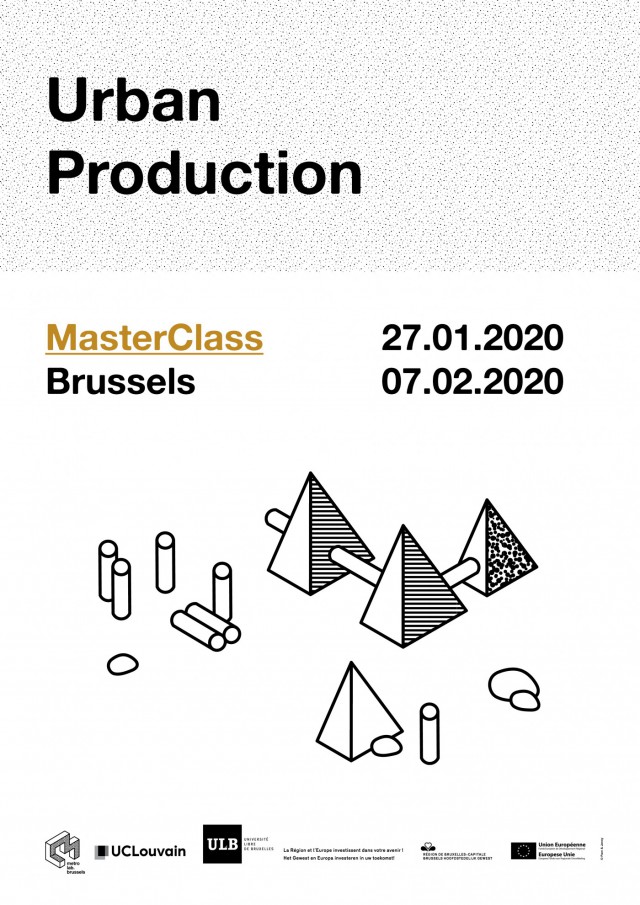