What ?
News
Written by
Metropolitan e-studio
Written for
Urban production

Metropolitan e-studio is an Erasmus+ strategic partnership exploring research by design in three European metropolitan regions. The goal of this inter-university (ULB, IUAV, ETSAB) programme is to experiment an Integrated urban design e-studio for XXIst century sustainable metropolitan region. Since 2015, Space Speculation is the research-by-design studio of ULB taking part in the Metropolitan e-studio. It considers the renovation of the existing city and its hinterland as the condition for a sustainable future.

During the second semester of 2016/17, Space Speculation has focused on the transition of the former industrial areas of Vilvoorde, a medium-sized city located on the North of Brussels and along the canal. They have worked in collaboration with the Laboratorio d’Urbanism de Barcelona (LUB) of Escuela Tècnica Superior de Arquitectura de Barcelona (ETSAB) and the Università IUAV di Venezia, in the framework of this Erasmus+ strategic partnership. In addition to Vilvoorde (Belgium), the inter-university collaboration has worked on Tarragona (Spain) and Porto Marghera, Mestre (Italy). The residential and productive ecosystems of these old industrial towns, located next to highly dynamic urban areas, and characterized by a combination of small and ancient human settlements, large-scale industrial infrastructure, and a diverse demographic profile, are the breeding ground for socio-economic and spatial innovation.

The work of Space Speculation will be asses during the final jury on the 29th of June at Metrolab Studio. 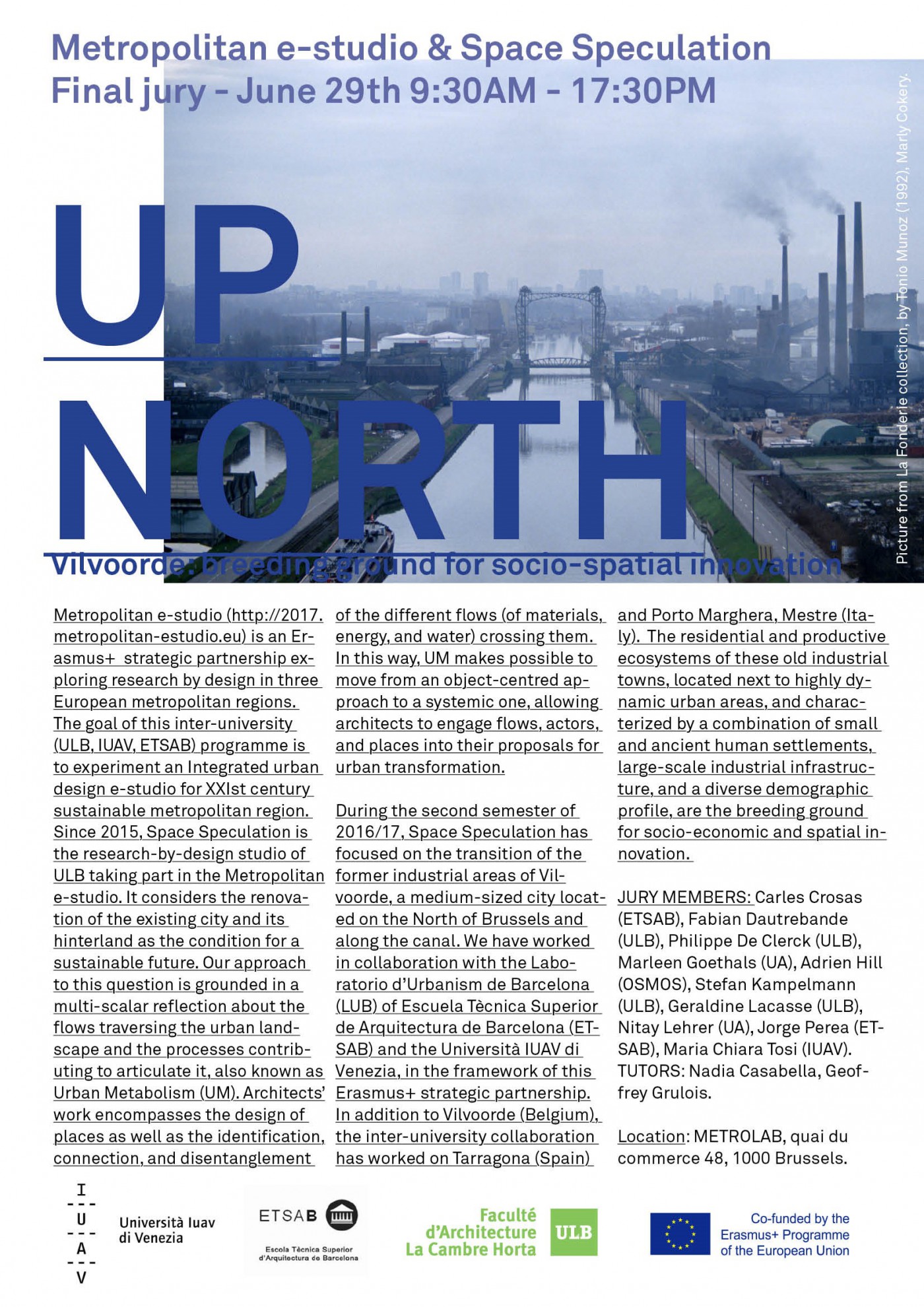 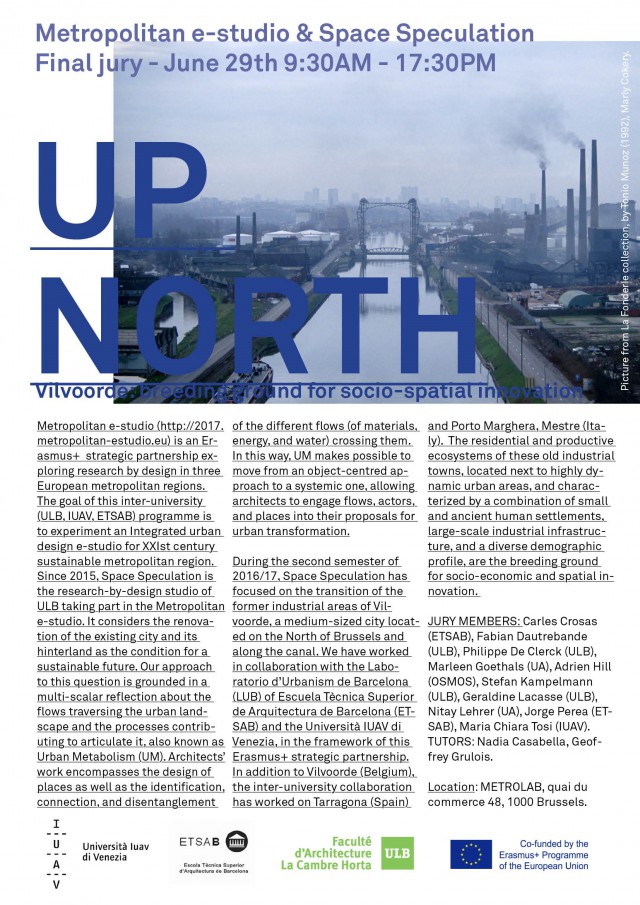